Senza Titolo! (Untitled!) is Nicola Bolla’s first museum-sized solo exhibition in Turin. It gives itself the goal of reviewing the last twenty-five years of activity by a singular and still partly concealed figure. Bolla became well-known in the 2000s, thanks to a series of installations and sculptures that, through the exclusive use of brilliant material, such as the Swarovski crystal, allowed him to reread the history of sculpture by inverting its constituent factors, which had always been based on heavy, hard, non-transparent materials that were not very conducive to the reflection of light.

In the history of sculpture, but also in the history of installation in the late 20th century, Bolla’s proposal stands out as a visually surprising and conceptually elusive novelty. This is confirmed in the contemporary Playing Cards series, large-scale sculptures made from playing cards.

While, shortly after the mid-90s, Nicola Bolla’s sculpting was gaining an iconic style, his painting, which had started in 1984, was developing through a series of cycles, all of which are on display for the first time here.

While Nicola Bolla’s sculpting developed a distinctive style shortly after the mid-90s, his painting, which began in 1984, evolved through a number of cycles, all of which are on show for the first time here. Observing from afar and admiring Lucio Fontana’s cuts, Francis Bacon’s ‘de-figuration’ or Jackson Pollock’s drippings, Bolla decides that painting must constantly reinvent its technique if it is to offer itself as a way of accessing that transcendence (now, in a secular sense) which, in the 20th century above all, is no longer exclusive to revealed religions and the dogmatic communities they construct. Towards them, despite having a classical Catholic background, the artist feels a certain detachment, typical of the man of science, to whose category he rightfully belongs. 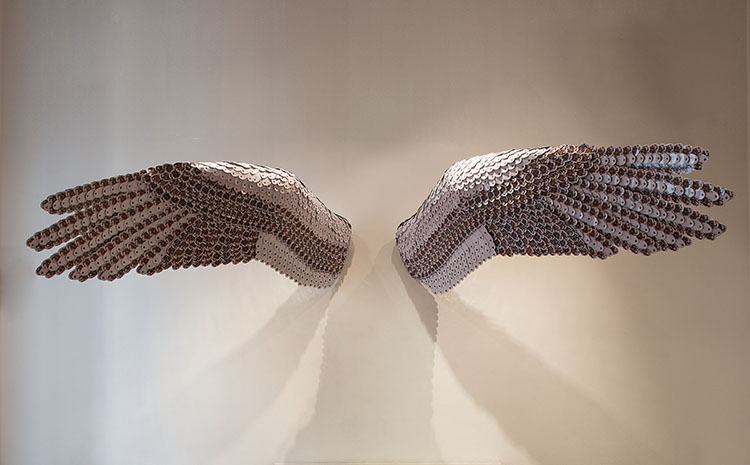 In recent decades, many have been the exegetes of Bolla’s work. Compared to the most immediate interpretation of a work that sees its most obvious roots in pop and ironic-conceptual aesthetics, the artist and the curator of Senza Titolo! wanted to construct unusual exhibition hypotheses and interpretative theses, aimed at considering Bolla’s artistic proposal more seriously and as ‘out of its time’. In order to do this, it was useful to relate the copious pictorial work, unknown to most, with the more popular sculptures, including some interesting unpublished works.

In a strong dialogue with the historical and layered venue, the Galoppatoio and the Scuderie Reali (respectively the riding track and the Royal stables), the exhibition is designed as a visual, sensorial and conceptual polyphony, aimed at introducing the visitor into a coherent and multifaceted world, built with series of works that have a common root: the taste for wonder, the existential tension, the desire to find an access to the spiritual dimension through a renewal of modern sculpture and painting, exploiting original techniques and contemporary materials that are strongly connoted and Duchampianically introduced into the sacred field of art through a conspicuous and obstinate act of appropriation.

The exhibition features large installations, which, due to the tragic events of recent months, take on the sense of a prediction, an ominous foreboding by an Hamlet-like artist, who has always been committed to reflecting on the transience of life and the meaning of existence, albeit through an elegant, ironic, apparently carefree and at times grotesque artistic language. 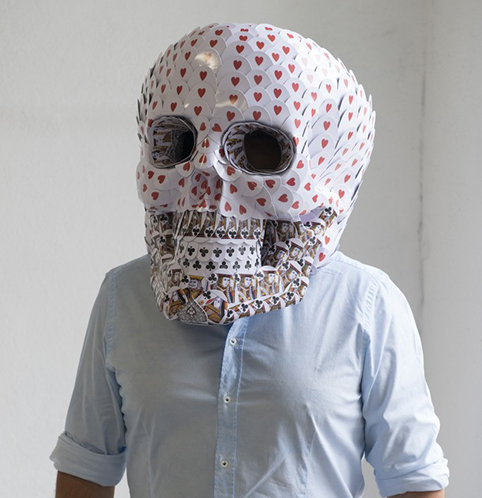 Born in Saluzzo in 1963, Nicola Bolla lives and works between Saluzzo and Turin. Since 1984, he has exhibited his work extensively in Europe, the United States and Asia. He has participated in major international exhibitions, including the Venice Biennale in 1995 and 2009. Recently, the Mart in Rovereto dedicated a solo exhibition to him. He has and is collaborating with important art galleries, such as Sperone Westwater and Nohra Haime in New York, Photo&Contemporary in Turin. His works are included in important institutional collections and in the collections of personalities such as Calvin Klein, Yoko Ono, George Michael.